About the W.R. Coe Collection

William Robertson Coe bequeathed around $4 million dollars to the University of Wyoming between 1951-1961, a large portion of that to build a new library. His decision to fund a new library is said to have come about because the current library couldn't hold his large western history collection. W.R. Coe did in fact donate a portion of his personal book collection to the new library named in his honor. Special Collections is attempting to reunite that donation. As items with his bookplate in them are found on the the shelves of Coe, they're transferred upstairs to join their fellows.

W.R. Coe's donation was the largest the University of Wyoming had received at that time and the library is still named in his honor. To learn more about the history of the library building, visit our libraries history libguide. 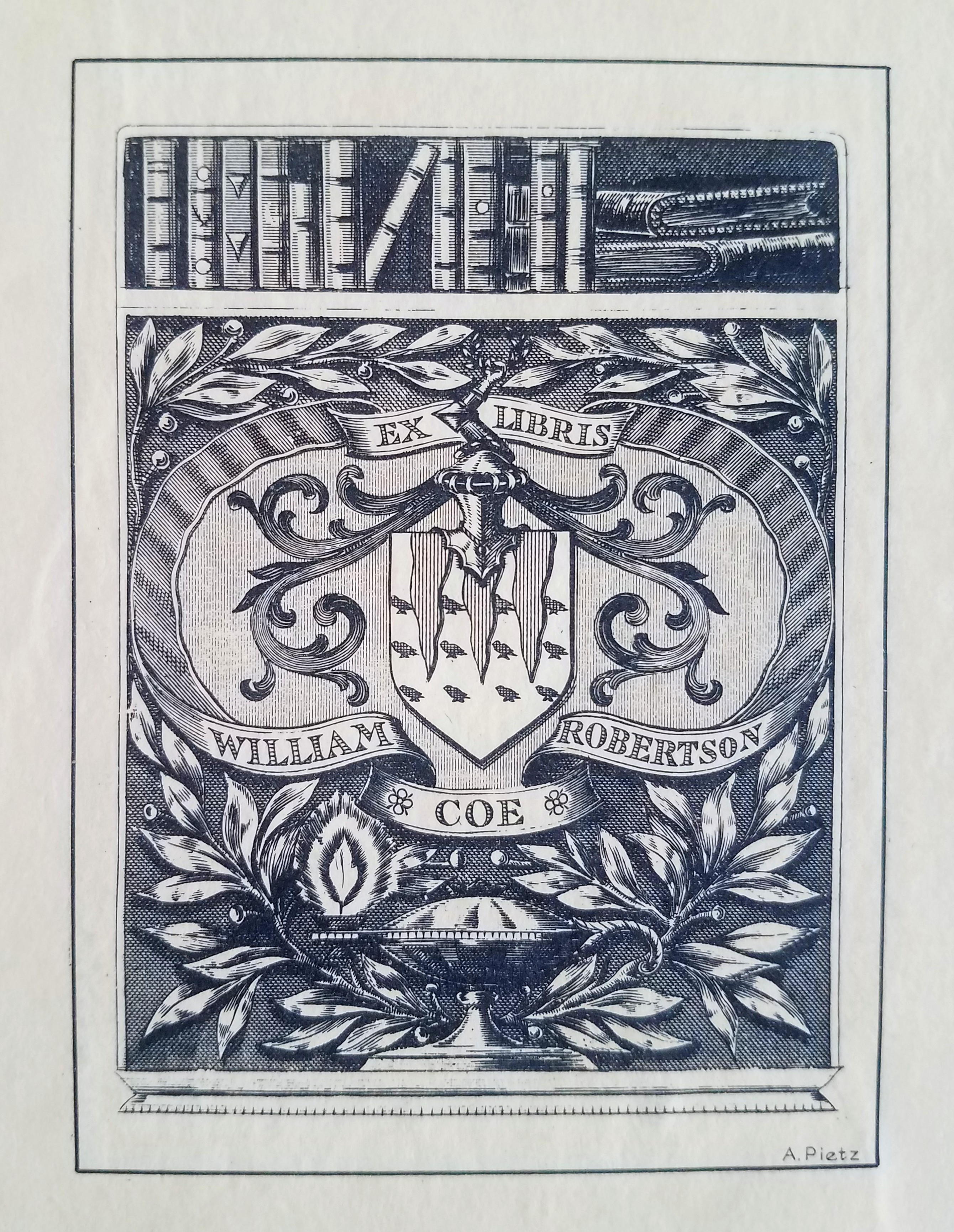